Book Launch: Freedom of Information and Women’s rights in Africa

FEMNET, the African Women’s Development and Communication Network, has launched a book, examining freedom of information legislation and its role in enhancing women’s rights in Africa.

The book comprises case studies from Cameroon, Ghana, Kenya, South Africa and Zambia and attempts to show how the lack of legislation on FOI has impeded women’s right to demand transparency and good governance.

Written in a clear and simple language that is easily understood by those who are grounded in tech and those who are not, the book identifies ways women can benefit be demanding greater access to information from the government as well as the public sector.

Out of all the countries studied, only South Africa has enacted the Promotion of Access to Information Act (PAIA) in 2000. The Act is part of more than 800 pieces of legislation since the fall of apartheid, mainly calculated ti address inequities, imbalances and social injustices that had previously existed.

In the countries profiled, the right to freedom of information was seen more like a domain for the media to demand and not the general population. In this case, women have not lobbied hard to have the FOI laws enacted.

While identifying the slow legislative mechanisms in most countries, the book identifies ways women can compel their governments to act.

One legislative glitch which may have hindered the speedy enactment is the constitutional provision on freedom of expression. In this regard, most countries define FOI as part of the wider constitutional guarantees, yet the countries may retain other repressive pieces of legislation.

For instance, in Kenya, the FOI bill is still pending in parliament; the government claims freedom of expression is well provided in the constitution, yet it maintains the archaic Official Secrets Act, which gives government institutions the discretion to decline information requests.

The book is an important resource for organizations that want to deepen their knowledge in advocacy and the nexus between women’s rights, FOI and development. 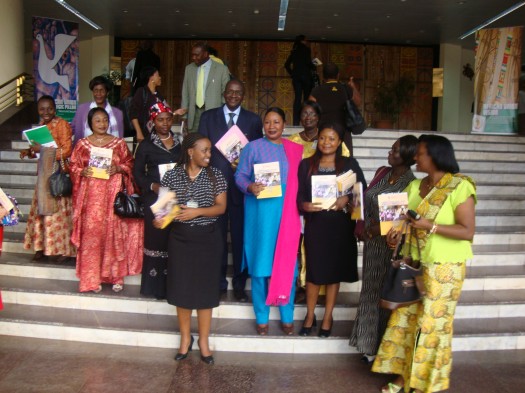