What is football? Why get so emotional?

There has been many theories advanced on why football attracts fanatical support; for some, its the game of the poor and middle class, who have all the time to play in open field while the rich are locked in gated communities and high flats playing video games and watching TV. I think the case of Brazil and the rise of most footballers from humble beginnings can reinforce this theory.

For some, football is the game that unites all religions, its a universal language that people play the best way they know how. Just look at the support on the field and TV audiences.

For some, football is the game of men and not for sissies although I think rugby players would contents this, given that football players are known to fall down and complain at the slightest touch. The other day somebody commented on twitter that he was surprised Ronaldo did not fall down when he was given a high five after the Portugal game with Ivory Coast.

For some, football is the game that surpasses all ages, both young and old; it is a time when you can celebrate in a stupid way and your kids, workmates and other folks will not think you are acting immature.

For some, football transcends gender, both men and women get emotional although Africa is yet to accept that women can be true football supporters and contribute to intelligent football discussions.

The gender aspect is still an issue; ever wondered why parents take their boys to the stadium and not girls, yet you see youthful women and older ones on the stadium; is it that we are jumping a gap in the support or girls are not interested in football at an early age?

Anyway, what is football to you? 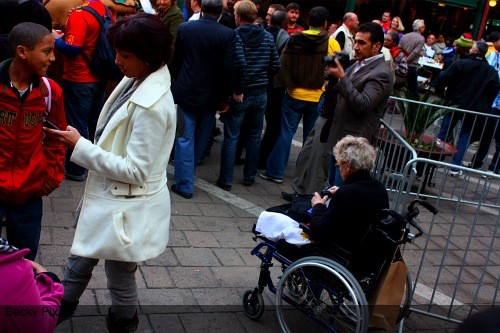