Access Kenya, Airtel Partnership-what does it mean to consumers?

For the last two years, the debate has been on lowering the cost of connectivity, consumers feel we are paying too much while operators feel that they need to recoup their investments and therefore the costs must remain high.

Even in cases where the cost has gone as low as Ksh. 2,500 for a fiber link, the speeds have been painfully slow, forcing many to opt for the expensive connection. Some have wondered when more companies will invest in services that ride on fiber, which in turn will drive down the costs of other services.

Small and Medium Enterprises and other bigger companies that have been suffocated by big IT budgets may be smiling soon, with the announcement that Airtel and AccessKenya are in partnership, for the mobile company to ride on AccessKenya’s fiber network of about 300 buildings in Nairobi and Mombasa.

Here is the intro:

In the deal, Airtel Kenya will buy E1 circuits from Access Kenya’s fibre optic network in over 300 building sites in Nairobi and Mombasa to connect their customers. By taking up the service, Airtel is now set to leverage Access Kenya’s extensive fibre presence to reach more customers, more buildings and to provide highly reliable services on Access Kenya’s network. “

For many of us wondering what is an E1 and do not want to know more about megabits, circuits etc, it is the digital equivalent of the old telephone lines; an office would have one or two numbers then several extensions.

Safaricom has been using Jamii Telecom Network and has been providing an E1 link at the cost of Ksh. 31,000. The connection allows the company to then pay bills at the cost of normal mobile calls, which significantly reduces costs.

The better thing with an E1 line is that unlike old days when you needed to call and then be transferred to an extension, you can direct to the extension.  It also provides a hunting or pilot line, if the line is busy, it can always be forwarded and picked up by another person, whether they are in the office or not. 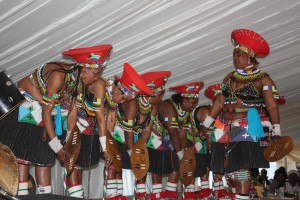 So, what does it mean?

On their own, it would have been a challenge for Airtel or Access Kenya to challenge the market penetration of Safaricom (am avoiding saying dominance). The sheer number of wimax base stations put up by Safaricom compared to competition, is impressive; there are about 2,500 country wide and am not sure if Access Kenya has 100 but again, we are talking E1 on fiber.

So, the question is; between Jamii Telecom and Access Kenya, who has more fiber? But then, a company can have extensive fiber but is unable to market and in most cases customer care doesn’t guarantee customer retention.

In this respect, it may be premature to argue that the union will result in sleepless nights for other players but it’s a step towards the much needed competition in data services.

In consumer perspective, the marriage means that there will be more choice; ideally, Telkom Kenya was supposed to be providing more fixed line and E1 services but the company seems comfortable with government business that it is not exploring other options in the corporate sector.

We can now expect the costs of connection and installation for E1 to go down and for more affordable products to be in the market. Maybe there will be a service that provides for 15 extensions instead of the current 30, which would translate to affordability for smaller companies.

Its funny how it was expected that France Telecom’s entry to the market would translate to Telkom Kenya taking on the market and providing extensive services riding on its extensive copper network within the city and the fiber network.

Before there was fiber, all the talk was how fiber optic would sort out all problems but when fiber came, talk was that it was not possible to reduce internet costs further and at the same time push infrastructure to new areas.

Having three fiber optic cables-SEACOM, TEAMS and EASSY- and all the extensive terrestrial fiber should mean cheaper connectivity. But we don’t have many companies vying for the home and SME market, most want to target corporate, which is understandable because they pay big money and will not keep clogging the customer care center with problems because they have internet IT departments that can do basic trouble shooting.

Access Kenya was for a long time the default home internet provider by in the last two years, cracks have started to emerge within the leadership and there has been a exit stampede with employees headed out. At Access Kenya, they knew that targeting up market homes was not going to last (most infrastructure is not in Eastlands, and you can guess why).

Safaricom is currently Access Kenya’s rival for the home market but if there is one thing we must give Access Kenya is their network. They have invested well and they have no problems with clogged base stations. Its not the same for Safaricom.

Safaricom recently stopped selling the cheapest packages that was going for 6k a month. Last year they introduced a 4k package, it was over subscribed and they stopped selling it. Why? The base stations could not handle.

At times I like arguing like someone who has no clue about corporate politics; instead of Safaricom returning huge profits, why not invest on a stable network and push it even further? Well, am told its not as simple as that.

We may say whatever we want to say about Safaricom but with their network, it is still the company to beat. They have invested in new areas, broken ground and demystified some of these issues.

Why E1 and not internet?

When I read the news, I wondered why Access Kenya and Airtel had united only on E1 and not internet? I may not be the most conversant in internet engineering but I have always wondered, if you have fiber that is capable of carrying 100Gbps why would a company insist on carrying 10Gbps yet nothing changes? But again, there is the issue of breaking even and balancing books.

Maybe the two companies are planning to sell internet capacity together and share the infrastructure costs. If Access Kenya has connected 300 buildings, then it would make sense for Airtel instead of laying its own fiber, it can concentrate on marketing and hopefully reduce capital and operational expenditure.

So, can we expect costs to come down? Time will tell