When safaricom announced that they were not making money on some of the data subscriptions, the question on many people’s mind was “how, with all that money and infrastructure?” For others it may have been that Safaricom wants to milk the last of your coins.

Well, apart from the modem and handset data bundles, Safaricom’s other data subscriptions are way high, the cheapest is 11,000 compared to Zuku, 1,500 and Access Kenya, 4,000. The others may fall in between. Most data services require fiber, whether its last mile, interconnecting Base stations or redundancy, fiber is critical.

Ever wondered why Safaricom hasn’t given Zuku a run for its money? Given the financial muscle, you would have expected Safaricom to be competing on the same level withZuku and Access Kenya.

Well, for starters, Zuku’s Wananchi Group owns most of its fiber to the home- but this is mainly in major towns and they have no extensive wimax network compared to Safaricom. On the other hand, Safaricom is dependent on Jamii Telecom, KDN, Telkom Kenya and National Fiber Optic Backbone (NOFBI) to deliver services. For Safaricom to make money, it will have to take into consideration the costs charged by other operators, then put their margin. This means that the costs may be higher than other operators like Telkom but it also depends on calculations.

To be clear, for the 3G network, Safaricom is in pole position because they have the extensive infrastructure courtesy of their base stations but for data, they are limping while consumers crave cheaper or affordable options. That is why when they introduced the unlimited bundle, individuals and small businesses came rushing in. 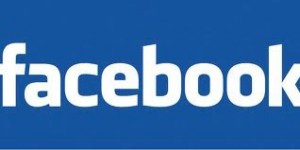 I was surprised that Safaricom gave an affordable 3G based option that seemed to suit SMEs and expected people not to misuse. Truth be told, I am not sure whether it is a marketing issue or not but Safaricom seemed to attract all the customers including those who misuse, while competition (read Orange) has similar unlimited offer but doesn’t complain of misuse.

As part of my conversation with Rita Okuthe, head of customer proposition at Safaricom, I had to ask the technical infrastructure and why cost to the end user isn’t falling. There is all the talk about fiber this and that and yet we cant seem to pay less. Read part 1 in the earlier post.

Back to the topic. What are the tech issues?

Five years ago, companies were busy buying stake in TEAMS and EASSY and others laying terrestrial fiber. Safaricom has a stake in TEAMS but so is JTL. But you got to give it up to JTL because they went ahead and laid metro fiber in all major towns, then made sure that they signed with Safaricom as their anchor tenant.

That was a good idea because JTL did not seem to compete with Safaricom, they would just provide the infrastructure and maintain and Safaricom would pay rent. At some point Safaricom was on KDN but we all know the story with KDN deserves a blog post, not a paragraph.

Anyway, it all seemed to be working ok until Safaricom started getting a lot of clients and realised that the costs were high. After dislodging KDN, guys at JTL also grew horns that I am told a simple fiber survey to Safaricom takes a month and mostly because the guys at JTL have to do it. They move at their pace and there is probably nothing much you can do because options may be limited.

Safaricom may argue that they are still able to make money but late last year, the company invited tenders for laying of its national fiber infrastructure, which will give it more control and leverage to compete with the other players in the industry.

I remember asking Bob sometimes back whether it means Safaricom was getting a raw deal from JTL and whether they will migrate all the capacity. He said the they were just increasing the options because they were also using other providers but if you have your stable infrastructure most of the traffic will go there and others will provide redundancy.

Just to put it into perspective, KDN charges $300 per Mb between Nairobi and Mombasa, $420 for Nairobi London, and $420 for Mombasa and London. I couldn’t get any figures from Safaricom because its the closed period but I guess the figures are indicative that the others may not be far off. Just like in any other sector with few players, the prices may not vary on the routes.

The National Fiber Optic Backbone(NOFBI) is different because companies pay $50 for a kilometer of dark fiber then they have to light it. In areas where JTL has proper coverage, I am not sure if Safaricom is opting to light or just go with JTL.

On the last mile, Safaricom may own the infrastructure but in between there are other costs to other infrastructure providers. Compare this with Telkom Kenya which owns its fiber and has terrestrial network and in other areas it is served by the NOFBI, which it operates on behalf of the government.

Because all the base stations are linked with fiber, in some cases microwave, which attracts license fees, you can now see how the cost calculation gets higher for Safaricom.

We discussed 3G technology evolution and how software upgrades allow Safaricom to push more capacity within the same spectrum e.g recently launched HSPA+ but the question of lower costs is a thorny one; if you are pushing more capacity within the same spectrum, shouldn’t that mean lower costs? Well, Safaricom just like other operators will say that they are investing in this technology and the benefits are yet to come.

I have been asking this question and I am yet to get someone to give me an idiot centric answer. Make me understand and you can assume or believe I am an idiot, that way, you can start far and drive or walk the point home.

Safaricom says that it doesnt matter whether the content being accessed is local or international, it will still affect the network on the end user or access part and if anything, the costs incurred on setting up and maintaining the network do not equate to any savings that may be saved by local peering (exchange of content between ISPs).

My argument is that you pay $300 per Mb on the international transit, if 1,000 of us can save the company that by hosting locally (assuming it works), then you can reduce maintenance costs and pass them down to end users. I keep giving examples of South Africa where locally hosted content is relatively cheaper because its lesser cost on the ISP.

Even though Safaricom owned up that most of the content accessed on the unlimited offer was international, it was argued that there was no way for a consumer to know whether the site is hosted locally or not, and therefore the cost may not be an issue for the customer.

Yes, infrastructure has grown locally and some of the content like Youtube videos may be available locally through its global cache shared at KIXP, but is this it? Does it mean local content has no role to play in lowering connectivity costs in the country?

Safaricom has invested more that $ 2.4 million (sh. 2 billion) in their cloud service. Let us see how the marketing exercise unfolds.

So, it may not be a proper explanation for Safaricom data costs, but looking at it from their side, you may understand why. But I may be wrong.