This week I had a fabulous week with a group of young people; training on media, whether new or old is never easy.  The media in every country is almost guilty of similar things; they don’t cover our issues, they entrench prejudice and stereotypes in most cases never have time to write and air positive stories.

That could apply in any country in Africa but the best part is that its not all grim, there is hope that media is working hard to change their image and outreach to the communities.

Africa Youth With Disability Network (AYWDN) is comprised of a great team of energetic men and women who are determined to bring about change and better lives for people living with disabilities in Africa. This is through impacting policy and most of all, giving hope to others who may be in worse situations.

I teamed up with Tidiane Kasse, a long time journalism trainer from Senegal; he was training journalists when I was still learning the ropes in technology journalism, so there was no better guy. I cross between old and new media but I love technology, so I train mainly on new media e.g interactive websites, optimization, social media, etc.

When you think new media training, you probably think I do all the sexy stuff like using infographics to make your website interactive or how to have a dancing or a fancy AVI on twitter. No, think basics on how to set up a Facebook page, why it is important, why you should be on twitter, looking for other people in your country on twitter and seeing why they have so many followers and why or what you should do to get followers. 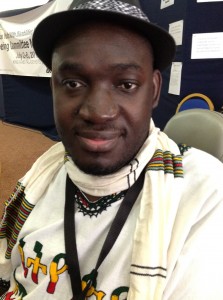 "My ignorance made me think social media was tough"

Technology is tough…… I can not make it

This is a statement I have heard over and over again in my work with different groups. The first time I met AYWDN team was at Maanzoni Lodge in Machakos last year, i could tell it from their insistence to discuss more of mainstream media that new media was still a year away.

That time, we discussed traditional media issues but this year, all of them were on Facebook, they had set up a Facekook page for the network and it was easy to get them to increase the content and images, which would attract more users.

Twitter was a little tough, if you check @wanjiku timeline yesterday, it is full of tweets that were mainly meant to teach and demonstrate how social media was effective. It is sad that @Marthakarua , one of the Kenyans said to be active on twitter, did not get to respond to the Kenyans so that at least we could drive the point home. But I am hoping at some point she will get to her #askmarthathurs and answer some of the questions.

“My ignorance had made me believe that social media is tough and I can not make it, now I can do it and I feel good,” said Medi from Uganda.

Good people, I feel so good when I hear that after training. It makes all worth it. If I can “convert” or make one person who wasn’t  media do it, its worth it.

In this training, I had lots of people who used twitter for the first time, integrated it with Facebook, and you could see the smiles on their faces. At the beginning of the twitter training, Nicholette from Namibia tweeted me that she was confused…. but at the end of the day, she was tweeting and replying through @AYWDN_Namibia which goes on to show that it can be tough at the begining, but it all comes together. 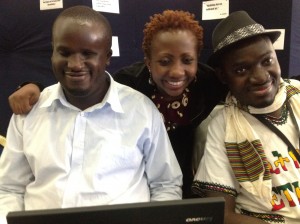 People wonder what is the use of new media when you have more population still listening to radio and reading newspapers. That is the reason why training have tips on how to engage mainstream or old media and new media and you can take your choice.

New media gives you space to share your messages in unrestricted way and to reach new communities that are not reached by old media. If you combine the two, you can find a winning formula. Its your choice.

I may be making it look like I was the one teaching but I learnt a lot of lessons too. This team reminded me to go back to basics; when you think life is tough or unfair to you, think about someone else who struggles to do the things you take for granted.

I had a chance to talk to Medi, a human rights lawyer working with the Human Rights Watch (HRW) in New York. He is doing great things and has reached heights that many of us probably never will- by design or default.

Think about growing up in rural Uganda, in a wheelchair, motivated by a mother who believes that you must get educated and achieve your potential no matter the circumstances, think about pushing a wheelchair through the muddy roads when it rains, but most of all, think about the village schoolmates in primary school who had to wake up two hours earlier so that they can help push you two miles to the primary school.

What would you do if in spite of all that, you performed great, were the best in all primary schools in your district and you are excited to go to secondary school. There are celebrations in your village that in spite of all challenges you have made it. Your mother feels vindicated that the child will achieve what she probably never did and you start planning for your life in that prestigious national school.

Imagine your first day in secondary school, with your parents, your metallic box with  blankets, sheets, you even get new shoes or you get to wear shoes for the first time. Well, the school head sees you and calls your team, you can tell it will not end well. The school says no to you, why? Because you are in a wheelchair.

Your first, second, third and fourth choice schools say no to you- and you have to take just any school that will admit you, and in the meantime you have lost almost a year of schooling.

And you think life is unfair?

But years later, you are hired in New York and the organization chooses to change their doors to be more accessible, their office arrangement changes, why? Because you are the first person living with disability that they hired. 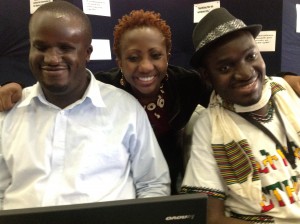