Have you ever wondered why UN meetings and other government related international meetings take two weeks? Well, you are not alone, consider these scenarios:

2. Have political rivals try to agree on words such as human rights, the meanings and implications

4. Have one government that has invested in the resource, controls it, and on the other hand governments seeking to have some power.

5. Have every tech related word scrutinized think internet, broadband, infrastructure, technical, etc on the other hand, words like shall, may, endeavour, provide the environment etc provide new meaning when at a UN treaty related meeting.

Now, you can imagine the level of politicking and horse trading or cow trading, depending on where you come from.

Back to more technical issues.

There was a flurry of articles just before the beginning of this month, with various countries like Russia, China, Saudi Arabia and Egypt etc saying that the internet needs to be regulated and included in the International Telecommunications Regulations (ITRs) treaty. In other words, governments are looking for a role to play in the internet business.

The US is on the other side. With the role of ICANN falling under the department of commerce, the US is lobbying hard to keep governments or UN agencies off the internet, arguing that it should be left to other agencies (read ICANN) that make it work so well. 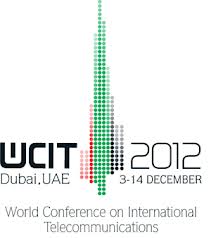 Other governments are wondering why the US is so adamant to lock them out, while it has control of the internet, including awarding of the IANA contract. They are involved, why dont they want other governments to have an element of control?

Well, if governments are allowed to make decisions on critical infrastructure, I wonder how long it would take for them to agree on DNSSEC, cybersecurity, numbering, etc.

By end of day friday, it will be known where it is headed but my guess is that this will be a huge deadlock, if the Arab group’s body language is anything to go by, compromise is far off……

More coming up on specific clauses.