Last week, the Internet Corporation for Assigned Names and Numbers (ICANN) held its meeting in Beijing. These meetings are held in every region, and discuss emerging technical and policy issues relating to the internet.

ICANN has several bodies but one of the key one and probably the most controversial is the Government Advisory Committee. Controversial because private sector, internet manager types feel that governments have nothing to do with internet management while governments feel they should be at the center of it because of public policy concerns. For a long time, ICANN has worked hard to show that its international and that there are many other governments involved in decision making and it is not only the US. Well, the US has the “Kiwi” share, and we all know how that goes.

Back to Kenya. Recently, Kenya appointed Sammy Buruchara-former KENIC chair, CEO as the representative. Sammy is the former chair of the DotConnect Africa, one of the applicants of the .africa new geographic domain. Matters of .africa have been protracted between DCA and the Africa Union, which is sponsoring the bid by UniForum SA. The bid by DCA has already received opposition from the AU and 16 other African governments.

Previously, Kenya had offered letters of support to the AU and had indicated that as a member of the AU, it had no intention of antagonizing what had already been agreed in previous AU meetings regarding .africa and other critical internet infrastructure.

DCA has always felt wronged by AU, ICANN and anyone who dared to question the intentions of its bid, so when Buruchara, the former chair was appointed as Kenya’s rep to the GAC, Sophia Bekele, DCA Principal, must have laughed and known that she had an opportunity to stir controversy.

Forget that the matters of AU participation in the GAC and the selection of the new gTLD applicants is presided by a different body from the GAC, Buruchara’s first order of business was to state that he was the only one, together with Michael Katundu of CCK, that are allowed to represent Kenya in the GAC. I have an email to that effect, written to the GAC chair. 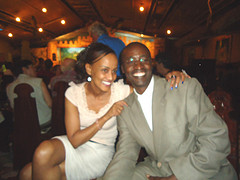 The second order of business was regarding .africa. Sample this email from Buruchara:

“I object to the above text on the following reasons:

There is an apparent conflict of interest in this issue and GAC members representing AU governments while they have aright to support a certain candidate, must not under the same AU auspice, be the ones to object to other competing candidates.

I therefore do  not accept this  dotafrica  communique.”

I am not in any way indicating that Buruchara was not entitled to his opinion but it seemed that he had not read, followed or been briefed on what Kenya had committed to, what it supported and the line that needed to be followed. Kenya had voiced its opposition to DCA bid and it seemed clear that Kenya was following the AU.

Whatever Buruchara was suggesting failed and you can read more in the DCA blog but the African Union team and the other African countries attending were not happy with the embarrassment they suffered in the presence of other global internet leaders, who have been gripped by the soap opera that is .africa application.

Other African countries started wondering what was wrong with Kenya and its chameleon antics, some went ahead to spell down the genesis of the African Union position, for the sake of Buruchara and co. Here is one such email.

Following Abuja declaration, African governments including Kenya have mandated the African Union Commission (AUC) to establish dotAfrica (.Africa) as a continental Top Level Domain and in doing so to setup the structures and modalities for the implementation of this project. The AUC, with the assistance of an expert task team, has through and open and transparent RFP process appointed UniForum ZACR to apply for and administer the dotAfrica (.Africa) on behalf on the african continent.

As an individual cannot challenge a ministerial, country and head of states decisions, I therefore draw your attention on the letter signed on the 12-April-2012 by Minister Poghishio, Kenya ICT minister, showing Kenya support to the AU proposed process for the implementation of dotAfrica.

This support is widely known and a testimony that Kenya is in line with AU initiative, the only one to be delegated as dotAfrica is a geographic name requiring country support as stated by the Applicant guidebook. Africa is a clearly designated geographic region as defined in the UNESCO â€œComposition of macro geographical (continental) regions, geographical sub-regions, and selected economic and other groupings so the process of delegating its name must be subjected to sufficient checks and balances for the protection of interests and rights of African governments and the pan-African community.

Cameroon therefore endorse and accept the proposed Uganda text and object the application submitted by dotConnectAfrica as it’s not the AU and african governments (including Kenya) initiative.

If you were Kenyan and attending ICANN last week or the EACO meeting in Kampala this week, I hear the common question was: what is wrong with Kenya?

With the level of embarrassment, the next question was for people to seek clarification from PS Bitange Ndemo, who appointed Buruchara. The question was whether Kenya was abandoning the AU or whether there was a change of heart since the letter of support, sent by former minister Samuel Poghisio to the AU.

To avoid an international incident or disrupting its relationship with the AU, the ministry of Information and Communication has been forced to contact the Ministry of Foreign Affairs, seeking to redeem its relations with the AU