AkiraChix Seeks to Make a Mark in Women and ICT

Sometimes back, Wallace Kantai, a respect journalist hosted a panel on ICT. In the panel were equally respected businesspeople and within the audience, it was clear that  there were not many women in ICT.

And Kantai posed: Where are the women in tech business?

Answers went round, with people saying that women are busy manning the Network Operation Center of major Internet Service Providers (ISPs), that they are offering tech support, customer care, engineering and marketing among other areas in tech.

Kantai posed again: why are there so few women owned tech businesses?

He posed very legitimate questions that all people could do is dance around the truth; that we still have a long way to go, and that for each of the successful businessman that was on the stage, there were probably of other men who had failed, for a variety of reasons.

In that vein, you can argue that for every successful businesswoman you see, there are several who have tried and failed or given up, and so is life.

Then there is the other argument. If girls do not know about ICT and the careers that could pursue, how do you expect to magically see women in tech ten years later. If I wasn’t told about ICT when I was in form two, so that I do not drop the vital subjects in the combination, how do I get to take engineering and science at the University, if I didn’t pass the combination.

This is the point where Akirachix comes in. They are a group of energetic ladies in tech, with the vision of increasing the number of women in tech by focusing on the root cause, not the symptoms. The root is high school education. If we can get more girls interested in science and maths and to understand how to make it, then they will come.

Last saturday, Akirachix held the girls in ICT day at the iHub. It was a chance for girls to interact with others and also learn more about possible careers in tech. Here are some photos that show how the day went. 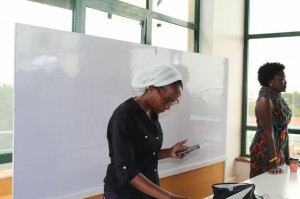 Linda Kamau and Marie Githinji were the organisers, here is Linda with all her gadgets. 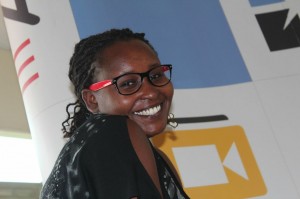 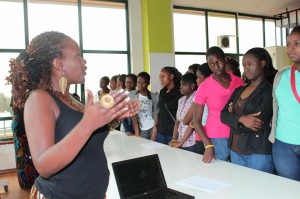 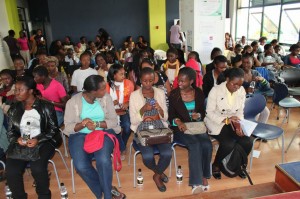 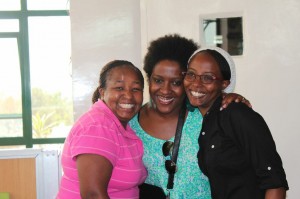 When Ory came in, you can see she was greeted by toothy grins 🙂 from the old timer in the room (that was me).

I remember I asked her: what time is your session?

she said: I have no session today, I am just here for fun.

Me: Since when did you appear at a tech event and fail to talk?

And we laughed because that was so true.

For background, in 2010, we were together at the iHub opening ceremony. Then she told me, how comes there are no women speaking? And I suggested that she should go and say something. The next moment, she was on stage, I can’t recall who she wrestled the mic from, or they just gave it willingly 🙂 the point I took from her that day was vital; you think you can contribute something, go for it, don’t wait to be noticed because people may not. Get it….. 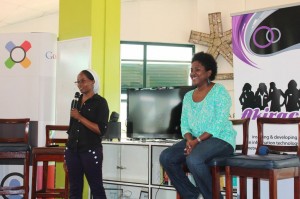 Yes, Ory took the stage and talked to the girls about having a career and family life. There was no way she was just going to walk out without sharing her experience. You should have seen the girls lining up to take photos with her 🙂 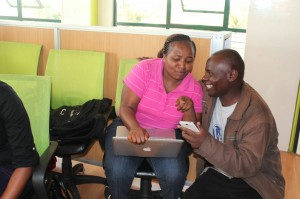 I got to catch up with @kachwanya 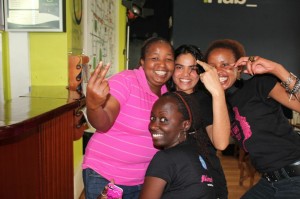 And after it was done, we had a photo session….. 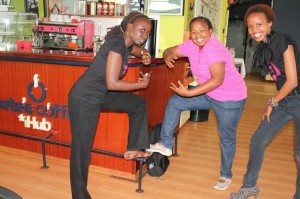 I hope you notice the village pose 🙂 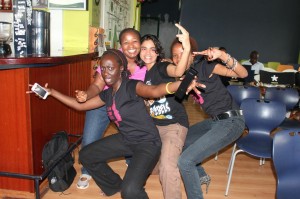 This was the mother of all….

During the session, people kept confusing Nyandia and Nanjira, can you tell why? 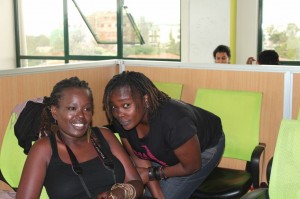 In the end, it was a nice day and there was a photo to show that we were there 🙂 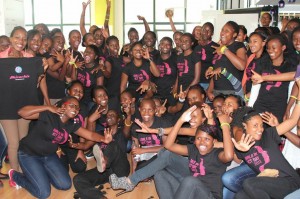 Kenya
Women in Private sector businesses, what do we need?
Close