Over the years, I have had a chance to hear many people talk; some brilliant some not, I have listened and interviewed people with start up ideas and growing businesses and the struggle to break to the next level. In that period you listen to people and you can tell those committed and those not, those going places and those just waiting time.

Until very recently (in Kenya at least) starting a business meant using your savings and shoe stringing, pooling money with friends and getting money from family members to start and sustain your business.

Financing your business through Venture Capital and Angel Investments came into fashion in Africa tech three years ago. The starting of the tech spaces brought together some Western immigrants with idle money, others without, some educated, others not.

I remember attending a meeting about rising Kenyan tech companies and in a room of about 20, there were only two black women and a black man. Others were western immigrants running companies in Kenya and the going conversation was that they had sufficient money and all they needed were ideas.

The best part is that even my fellow woman noticed the trend and wondered if there were no Africans in tech doing good stuff. Believe me when I say that all those ideas sounded sexy, but had no was of making money or breaking even in the next five years.

We wondered if such enterprises were being run by black people, would they get attention from a giant multinational with bottomless financing capability? It led me to ask; is VC funding inherently racist?

Get me right, at times people feel comfortable with people they know or know where they can get them from if everything went south. Maybe thats what is used to justify tribalism.

I have heard stories of one company getting VC funding and a relationship is established. The company is then sort of made the local contact person and the go-to person in determining whether the VC invests in local companies. The story goes like; anytime the VC made enquiries and the company was headed by local chaps, the local contact would discredit the company and dissuade the VC from funding but you can guess what happens when the reverse is the case. 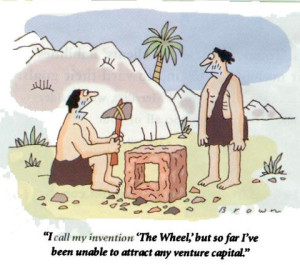 I talked to a bunch of people on the race specific question. These are some Kenyans running tech companies and have had experiences with international VCs. I know I can be unhinged but the comments I got were very honest and sad.

For a more tempered news article, you can read this article on how business challenges hinder VC funding and can continue to the comments below.

Here are the comments I got to the question- is there any connection between VC funding and race? Do whites find it easier to raise funds?

From personal and painful experience the black man is at the bottom of the foodpile when it comes to EVERYTHING – venture capital, prospecting, sales, costing …

It’s more about your network and access than it is about your skin color.  Many Kenyans who are grads from Stanford or Harvard have an easier time raising funds than an mzungu who didn’t go there.

Its a 50-50 thing. Race matters when you are playing in some mission critical fields and very few people want a black dude driving a mission critical boat, but race is also waning as money diversifies and networks grow and the number of black investors increase and white investors realise that there are some mad skills with black people too.

It depends. looking at Fanisi, TBL, Aureos, Savannah, Fusion Capital investments and you will realize that the majority of ivestees are black/notwhite

I loved @69mb’s quote below, its probably the evidence you would ask for.

Race as a factor and should not be understated. Even with equal networks and access, the mzungu will have an easier time fund raising.
Angani’s experience is a case in point:
The Angani team comprises of:
* Myself with experience in building and managing large mission critical systems for small, educational, large and non profit organizations.
* Phares who helped build the VMware market in the region
* A Cambridge PHD who wrote parts of Xen, a core virtualization technology used by the likes of Amazon.
* A reseller who has a *very* successful business offering virtualization and storage solutions to corporates.
* And a couple other people with equally good track records.
Yet, we have been told we know nothing about building clouds. Literally.
Come in a western entrepreneur
* No team.
* No experience.
* Not very technically astute.
* No network/access.
Yet, he approaches the same individuals and they are more receptive.
We have also experienced the other side of the same coin. We have been told by respected local business leaders in tech, to leave Infrastructure to the likes of Amazon and Google. That it is too difficult and we should focus on apps(mVitus) instead.
— @69mb 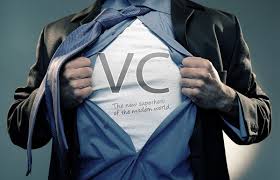 I know there are some people who say that you got to believe in your self that the system hasn’t been gamed. But what if it is what it is? Its either networks or people prefer to give money to their own colour even when the ideas are shitty.
I am sure very soon we will have some enterprising people who can help clinch a deal if all what people is the skin colour.
Liko also made a very nice argument that money is not the only thing that makes a company. But I wondered if he had attended some of the start up pitching events where  people look for VC funding even for projects they can shoe string. Its that phase where looking for money and investments is vital.
I am sure there are also black people who have received funding just because they are black 🙂 🙂
🙂 🙂
iHub Venture capital
4
1890