After the General Elections this year, there was much anticipation regarding the ICT docket; some wondered whether the Bitange Ndemo, former Permanent Secretary in Info Comm would become the new Cabinet Secretary or he would continue his role as PS. Others thought he would go to the education ministry to implement the laptop project.

There are others who felt that there was need for new blood, that the ICT sector could benefit from someone with new ideas and momentum. Others felt that Ndemo already had his people and a new person would help with new alliances. Well, the alliances part has veterans, who support AGIP- Any Government In Power, so, whoever comes, they quickly line behind them.

After much politicking, it was clear that Ndemo was out and in was Fred Matiangi as the CS and another person was PS, where is this guy anyway? Depending on which side you were, there were tributes and jubilations.

Immediately after leaving, Ndemo got appointment to several places, most notable at the Internet Corporation for Assigned Names and Numbers (ICANN) among others. I guess it meant he had something to contribute. 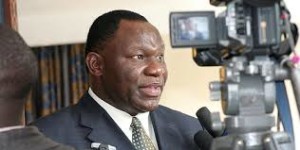 After several months, the president, deputy, his hangers on and advisors must have realised that they made a mistake by just letting the guy go. He was appointed as the ICT advisor. I am not sure who is senior between him and the CS but I think the government must have realized they need him somewhere.

“My role is short term leading a project on Police automation starting with activation of 999 and 112 which are operational now.  We have also developed a citizen engagement portal that will help the police to receive information from the public on incidents and any other matter relating to public security,” Ndemo said.

I am one of those hoping that the automation process will go well and that this year’s connected gov summit will have new practical materials to discuss and not just theories and disconnected stuff.

So, does he think he will have any impact?

“This will greatly contribute to ICT sector.  For a starter, the 24 hour call center has 60 agents using art of state CRM software.  Leveraging on the technology will enhance service delivery and secure our people.  We shall build data analytic capabilities within the country.  As you know we have so much data but until we convert it into information, it will never help us in decision making,” he added.

It may be a short term project but in the end, maybe the government can automate, one department at a time. We want to see results 🙂