About a week ago, I received a press release, which I guess was widely circulated. It was from the Telecommunications Service Providers of Kenya, commonly known as TESPOK.  It was sent by the Access Kenya PR machine, maybe because Kris Senanu, Access Kenya MD is the chair of TESPOK.

Since then, a lot has been said and you can read John Walu’s blog in the nation online and if you are new to matters KENIC and domain names in Africa, you can read some posts I have done over the years.

Back to TESPOK, their concern was that the Communications Commission of Kenya (CCK) soon to be Communications Authority of Kenya (CAK) had not consulted them on the idea of commercialising the .ke domain. The release was responding to a story appearing in the papers to that effect. 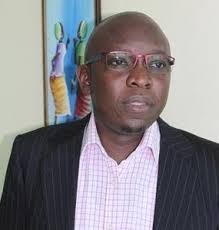 Now, TESPOK sits on the KENIC board, the release clearly indicates that it is one of the founding stakeholders and at the height of the crises at KENIC board, TESPOK gladly took over the technical functions at KENIC. It may well be that TESPOK didn’t want the disruption of services for .ke owners but it may also be that TESPOK was comfortable with the status.There was even a proposal for revenue sharing for performance of technical function.

At the point when it emerged that the new law would change the structure of KENIC, I expected TESPOK to be more vocal and to be the leading light, but maybe its just me, maybe they started the debate earlier.

When I got the release, my first reaction was: What changed at the KENIC board? The balance has been altered.

Then I got to the last segment of the release…. boom….

“Unfortunately, over the last five years interference of CCK, now CAK, in the day to day operations of KENIC has seen the organization experience unprecedented turnover of both Board and staff; with 5 CEO changes. The functions of KENIC have continued to be delivered because TESPOK maintained its commitment to the local industry as per the ICANN Agreement to provide technical and logistical support to the .ke manager.  It is important for CCK/CAK to give the .ke ccTLD manager the opportunity to deliver on agreed key deliverables that have not been met in the last five years. Commercialization is not a solution to meeting the identified and agreed industry gaps within the local internet community.

TESPOK has both the technical and administrative resources necessary to continue as a sole guarantor of the ccTLD if and when CAK pulls out. It has provided such support in the past. This will evidently lead to consolidating the Internet technical community shared resources under one umbrella body; a move very similar to, the consolidation of the various government agencies handling government ICT deployment and implementation under the Kenya ICT Authority. The scenario would then consolidate KENIC (the .ke manager), KIXP (Africa’s fastest growing Internet Exchange Point) and I-CSIRT (Internet Computer Security Incident Response Team) under the TESPOK stewardship.”

The last para is where the weight is, TESPOK wants to handle the .ke registry. It is very clear that they have outlined their capacity. Please note, it says TESPOK can continue as the sole guarantor of the ccTLD, (.KE) and not of KENIC.

Technical capacity? But, KIXP was recently moved to the Liquid Telecom data centre, does it mean the KENIC registry will be moved there too?

There is a registrar organisation known as DRAKE that is represented in the KENIC board, are they ok with this? (Aly Hussein used to be the representative, now I have no idea how to get to the new rep, if you know, please help me 🙂

I am told of  battles of supremacy between DRAKE and TESPOK over who is the industry voice and who is king. There are some who think that registries like .ke thrive because of registrars example Nominet in the UK, while others feel the role of ISPs is vital.

It depends on which camp you are because there are arguments that ISPs have shifted from domain and hosting business and left it to smaller players who make it their core business.

There is no doubt that the KENIC story is convoluted and the decision for CCK to leave KENIC board and be replaced by the ICT Authority doesn’t make much sense. It is the same government, CCK and ICTA are brothers or sisters, whatever they want to do they can, let us not kid ourselves.

CCK says it has extended the comments on the new law by a week and when the time comes for the application process, I wonder whether TESPOK will put in a separate bid or will seek to protect KENIC and have it continue with the functions.